Mar 19, 2015
PHOENIX – A device that helps prevent strokes has now been approved by the Federal Drug Administration after years of testing here in the Valley and around the country. 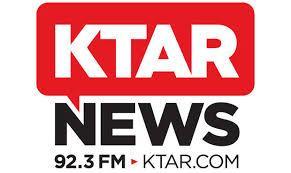 PHOENIX – A device that helps prevent strokes has now been approved by the Federal Drug Administration after years of testing here in the Valley and around the country.

The Watchman Left Atrial Appendage Closure Device has been in testing at Abrazo Health’s Arizona Heart Hospital in Phoenix for more than eight years and was approved by the FDA on March 13.

Dr. Vijay Swarup said the device works by sealing off the left atrial appendage in the heart where blood clots can form and lead to strokes.

“We put a closure device in the left atrial appendage, it’s this little sack attached to the upper chamber, and when we seal that sack off then there is no place to form a blood clot,” he said.

“The most common arrhythmia in humans is a condition called atrial fibrillation, it’s an irregular heartbeat,” he said. “When that happens blood stagnates in the upper chambers and forms a clot, and that’s the most important risk factor in having a stroke.”

That’s where the Watchman can be an alternative treatment, he said.

Strokes are third leading cause of death in the U.S. and with Arizona’s aging population, Swarup said treatments and devices such as the Watchman could be very effective in preventing them.

In testing, the Watchman resulted in a 30 percent reduction in strokes over blood thinners according to Swarup and he said the FDA approval will help make the device more readily available.