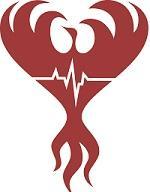 Arizona Heart Rhythm Center announced that it had performed the first implant at Arizona Heart Hospital in Phoenix, AZ of a Boston Scientific (NYSE: BSX) S-ICD® System http://www.bostonscientific.com/en-US/products/defibrillators/s-icd.html, the world’s first and only commercially available subcutaneous implantable defibrillator (S-ICD) for the treatment of patients at risk for sudden cardiac arrest (SCA). The implant was performed by Vijay Swarup, MD.

Dr. Swarup stated, “The S-ICD System is unique in that it leaves the patient’s vascular system untouched by wires that ultimately may fail. The device represents a complete patient solution, without invading the circulatory system. Our experience has shown that patients feel a great deal of peace and confidence when the threat of sudden cardiac arrest is ameliorated.”

Sudden cardiac arrest is an abrupt loss of heart function. Most episodes are caused by the rapid and/or chaotic activity of the heart known as ventricular tachycardia or ventricular fibrillation. Recent estimates show that approximately 850,000 people in the United States are at risk of SCA and indicated for an ICD device, but remain unprotected.

The S-ICD System is designed to provide the same protection from SCA as traditional transvenous implantable cardioverter defibrillators (ICDs). However, the entire S-ICD System sits just below the skin without the need for thin, insulated wires – known as leads – to be placed into the heart itself. This leaves the heart and blood vessels untouched, providing a positive solution for both physicians and patients.

The S-ICD System is intended to provide defibrillation therapy for the treatment of life-threatening ventricular tachyarrhythmias in certain patients.

The S-ICD System received the CE Mark in 2009 and is commercially available in many countries in Europe as well as New Zealand. The U.S. Food and Drug Administration granted regulatory approval for the S-ICD System in September of 2012. To date, more than 2,000 devices have been implanted in patients around the world.

Arizona Heart Rhythm Center has a dedicated team of professionals focusing on heart rhythm abnormalities. Each patient is treated as an individual with specific needs and emotional responses to his or her symptoms and concerns. Patients and staff work together as partners in the task of restoring good health and quality of life. For more information, visit www.azheartrhythmcenter.com.